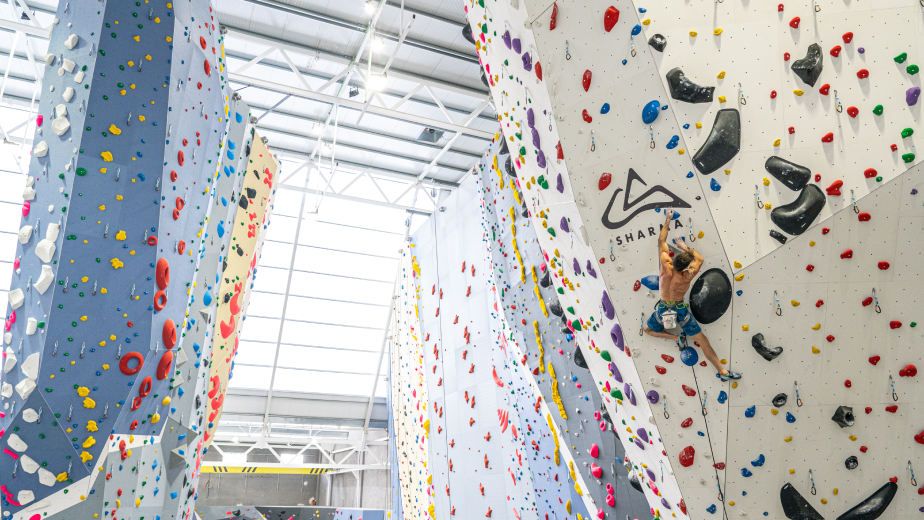 The new climbing centre Sharma Climbing Madrid is now a reality. Located in Julián Camarillo 55, it is the largest and most complete climbing centre in Spain. The space is created by the North American climber and businessman Chris Sharma, who in 2015 opened his first centre in Barcelona together with his wife Jimena Alarcón.

From Lymbus, these days, we are working on the communication campaign of the centre in press. Thus, during the week we have already seen various media talking about the inauguration:

"I am very excited about bringing Sharma Climbing to Madrid. It's a 5 star facility and it's a dream to have created this space so that everyone can enjoy climbing," explains Sharma. The new Sharma Climbing Madrid has the largest climbing facilities in the country with around 4000m2 of climbing walls up to 19m high (around 160 routes and around 150 blocks) and an official bouldering competition wall 30m wide suitable for hosting any climbing competition. In addition, in the specific training area there is a campus board with a wide variety of grips and a kilterboard (an adjustable slope so that you can choose from more than 50,000 different options and for which the dams are lit when you choose the route), as well as 2 speed routes approved by the IFSC (International Federation of Climbing). All this with the best dams of the market and equipped by a group of international professionals who have been responsible for the organization of world cups and international competitions.