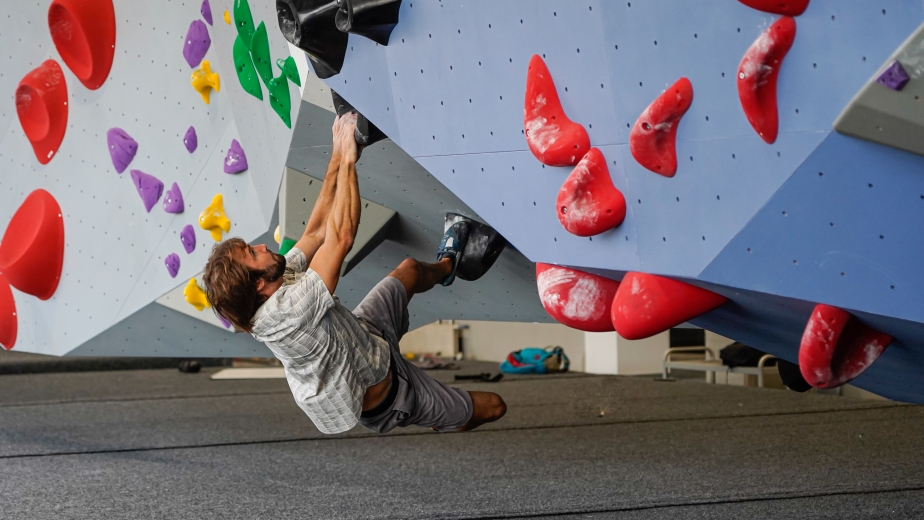 I am excited to see that the vision I had two years ago has come true, Chris Sharma.

Last September 12 opened the doors of the largest climbing center in the country: Sharma Climbing BCN-Gavà. From Lymbus we collaborated with the opening taking care of the press. In a first phase in July the project was announced and in September, we worked on the press release.

Sharma Climbing BCN-Gavà is a large center, born with the aim of being a quality climbing wall that allows climbers to improve and overcome their limits. It was born with the aim of sharing the spirit of climbing and creating quality meeting points for climbers of all levels and backgrounds. Thanks to its good location, between Barcelona and El Prat Airport, the objective of attracting an international public has been successfully achieved.

The center has around 5000 m² of climbing walls; a self-insurance area, a rope area up to 19 meters high, around 150 boulders, and it also has 2 speed walls.

For all this, we thought that journalists could not miss the opportunity to see it with their own eyes, so we decided to invite some of them exclusively before the official opening of the center and they wrote such an interesting things such as this article, in La Vanguardia.

We put on our cat feet and spent a great morning climbing the walls of the center and trying out the dams for the first time! Also, we were able to talk to the founders, Chris Sharma and Jimena Alarcón, who told us how this new climbing wall exceeds all expectations, as well as their plans for the future.

It was definitely a great experience for everyone. And you, have you already climbed at Sharma Climbing BCN-Gavà?