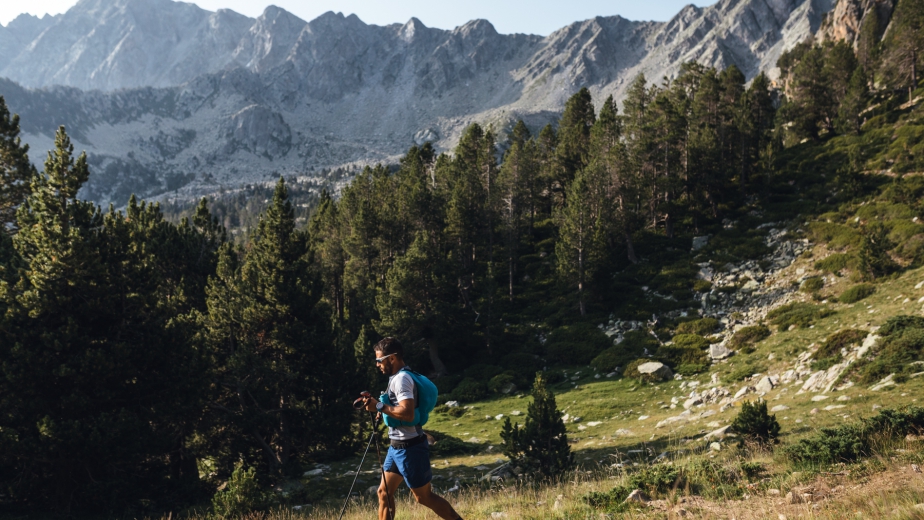 More than 3,500 race bibs are available for the seven events in the twelfth edition of the AUTV

In the first 24 hours, more than 400 runners from 25 countries have already been registered

The twelfth edition of the Andorra Ultra Trail Vallnord fires up its engines with the opening of registration. There are more than 3,500 race bibs available for the seven races making up the event, which will take place from 7th to 12th July in Ordino. In just 24 hours, more than 400 people from 25 countries have already registered, and have been able to benefit from the promotional launch price, available until 31st December. Registration can be done via the race website: www.andorraultratrail.org

In the second week of July, the country of the Pyrenees will once again become the epicentre of trail running. Resilience, solidarity and the mountains, the defining values of the Andorra Ultra Trail Vallnord, will again turn into the protagonists of an event, that in its twelve years of existence has attracted runners from up to 78 nationalities. Among them are runners from France, Spain, the United Kingdom, Portugal and Japan, who are firm fixtures in the event, and there are those who come from further afield, such as New Zealand, Taiwan and Colombia. Last year the event reached a record number of participants across all races, with a total of 3,338 runners originating from 51 countries.

The spectacular nature of the mountains and the landscape, the variety of terrain, and the diversity of distances and gradients on offer, as well as the inviting, family atmosphere and the experience of the organisation, mean that the competition has become an essential event for many mountain enthusiasts.

For the fourth year running, this year’s longest and most testing distance will be the Eufòria, covering 233 km and 20,000 m elevation gain, in a race which is run semi-autonomously in pairs. It is an already consolidated race that puts to the test all those who dare to take it on. Last year, victory was taken by the two Rodríguez cousins, who completed the route in a time of 67h29’28”. This year there are 150 race bibs available for teams of two people, who must first prove their experience in long distance.

The Ronda dels cims is the star event, covering 170 km and 13,500 m elevation gain, and has 450 race bibs available. With 16 peaks or cols, situated at over 2,400 metres in height, all those who dare to take on the challenge will be able to enjoy panoramic vistas, mineral areas, high mountain pastures, forests and glacial lakes. Last year Silvia Ainhoa Trigueros smashed the record in the women’s category in a time of 34h21'23’', while Sergio Luís Tejero came within 20 seconds of beating the men’s race record.

A total of 500 race bibs are assigned to the Mític, an event which covers 112 km and 9,700 m elevation gain. The most spectacular: ridges with panoramic vistas; the most technical: 2 belayed sections of rocky ridges. In the last edition, victory for the women’s group went to the Andorran, Sabrina Solana, and in the men’s category it was Víctor del Águila who took first place, at just 24 years of age.

At 12 midnight, the starting pistol will be fired for the Celestrail, the classic circuit of 50 miles, or 83 km, with 5,000 m elevation gain. 500 race bibs are available for this unique experience. Last year, victory had a distinctly Portuguese flavour, with Tiago Cantante Romao taking first place. At the top of the female podium was Claudia Tremps.

With 750 race bibs, the most consolidated race is the Marató dels cims, which covers 42.5 km and 3,400 m elevation gain and allows all those taking part in this adventure to discover the Valls del Nord. The Catalan, Albert Escales, took victory last year, together with New Zealander, Caitlin Fielder.

As well as the races, there are also two hikes with accessible routes, giving families and people of all ages the opportunity to get closer to the mountains and to nature. They are the Solidaritrail (10 km and 750 m elevation gain), which is timed by young people, and the Tamarro (2.5 km and 50 m elevation gain), with 700 and 400 race bibs respectively.

Aside from this, solidarity is one of the event’s key values, and it will be demonstrated once more through the option given to all participants of making a donation, at the time of registering, to one of the NGOs with which the race collaborates: Autea, Clowns Without Borders and the Andorran Red Cross. For each race finisher, the organisation will donate €4 to these NGOs. In addition to this, the Solidaritrail’s registration fee will go to the NGOs, who organise a walk of solidarity for people all over the world living with socioeconomic difficulties and poor sanitation.

Until 31st December all entries will have a promotional launch price. The fees, details of each race and the registration process can be viewed on the event website: https://www.andorraultratrail.org