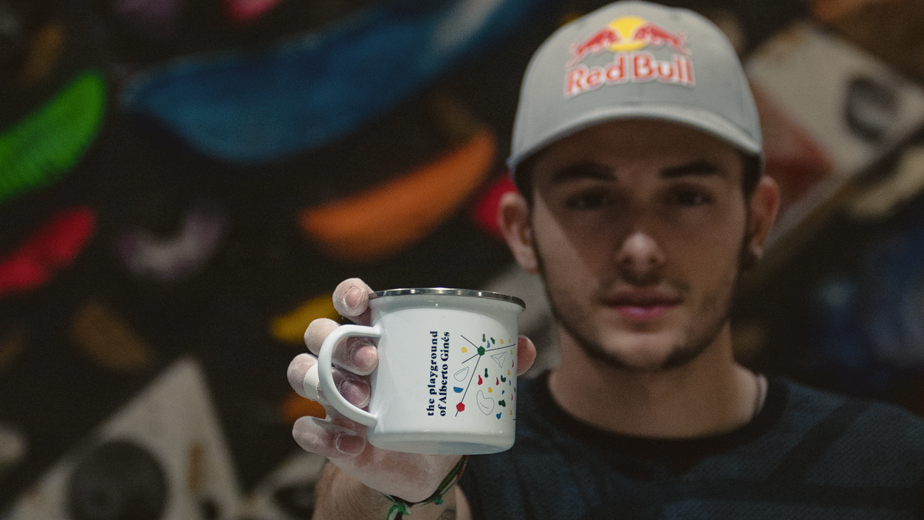 In Lymbus we wanted to celebrate Christmas 2015 in a very special way. That's when the first 'Lymbus cup' was created, an exclusive series of cups with illustrations of all the athletes we worked with at this time.

Later we thought, why not create an exclusive item in collaboration with each of our athletes?

The first one was Kilian, who in case you didn't know, loves to draw. We asked him to design the mug himself with essential tools for his day to day life. What we imagined were skis, trainers or even a helmet. But as always, Kilian surprised us and added elements that we would not have expected at all: a computer, coffee, a camera, etc. In other words, what you would never imagine an outdoor athlete needs in the 21st century, we realised the versatility of today's athletes!

Next up was Clàudia Galicia, with whom we share the same passions: nature, sport and, in short, a love of the outdoors. From this union was born the 'living outside', which represents everything that both Lymbus (yes, after 4 years we can say that we are still in love with the outdoors) and Clàudia - and all the athletes we work with - love: being outdoors and developing our projects, whatever they may be.

Last year, it was Emelie's turn. 2021 was a complicated year, in which most of us had to wait a long time to be able to enjoy our mountains and feel that sense of freedom. When we proposed this project to Emelie, the first thing we thought of was to capture what we both like the most - yes, once again. We know we are tiresome but we couldn't live without the mountains. We made him choose between 4 of his favorite peaks to put on the cup, and the result was a journey from Norway, through Sweden to the Alps and the Pyrenees.

Last summer, as many of you already know, we got one of the biggest and most exciting surprises at Lymbus: one of our athletes won a gold medal at the Olympic Games. It is said quickly, but for us it was a very special moment. Alberto Ginés is our youngest athlete, and in a discipline that is far from the sports we usually work with: climbing. The day of the competition we were glued to the TV and to our whatsapp group commenting on every step.

At the beginning of the winter we didn't doubt for a second that this year we had to repeat the cup, we told Alberto about it and his answer was 'me mola' that is ‘I like it’, so we got down to work. We could say that Alberto spends most of his time in a boulder, it is both his training place and his playground. This mug is inspired by what Alberto likes the most, but it is also a way to remember those hours he made us spend glued to the TV and the great moment of the Olympic Games (look at the colors of the dams, do they remind you of the Olympic rings?)

Initially this product came about as a gift for our collaborators, clients, colleagues or friends, and we also raffled some of them in our community, which at that time was not as big as it is now. With the second mug we saw that we had to reach more people and not only offer it to the 5 winners of a raffle, so we put them on sale and they have become a Lymbus tradition. How many do you want?